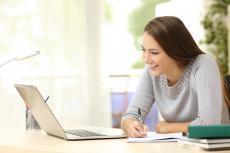 What is Beta Kappa Chi? For those who aren’t in the know, it may be lumped in with sororities or fraternities. Stereotypical images of frat bros may fill your head, but nothing could be further from the truth.

Beta Kappa Chi is a STEM honors society, reserved for the most brilliant, hardworking scholars. As it approaches its 100-year anniversary, Beta Kappa Chi has a powerful history as the first African American honor society with a STEM focus.

Beta Kappa Chi was founded in 1923 as the first Black STEM honor society in America. Founded in the face of challenges, discrimination, and a world unwilling to acknowledge the work of brilliant Black scientists, Beta Kappa Chi became a lifeline for many students.

During this time, Black students were not allowed to join honor societies or attend universities. Discrimination was legally upheld under segregation policies, and as evidenced in the 1960s’, integration took intensive effort.

That’s why all of Beta Kappa Chi’s founding chapters were located at Black colleges and universities. They became a hotbed of brilliance within STEM fields, and also provided support for intellectuals reaching for the stars.

Education is one of the most powerful tools available to the human mind. Beta Kappa Chi served as a force for enacting change at its inception. These support systems churned out some of the greatest leaders of the 20th century.

Now, in the 21st century, Beta Kappa Chi continues to be an important force against systematic racism. Now, the honor society is lobbying for police reform, racial equality, dismantling systems founded on racism, and more.

The goal is for future Black scientists and mathematicians to live in a world that recognizes their accomplishments, lives in safety, and succeeds without constantly battling discrimination.

Often, cultural transformation is associated with other types of academic pursuits. Students who want to be politicians, lawmakers, or organizers often get the most attention as organizers of cultural change.

Liberal arts students, those in the humanities, often are viewed as changemakers. After all, art changes the culture. So when it comes to music, books, poems, and songs, the artists of the world are rallying for change as well.

That doesn’t mean that scientists and mathematicians should be left out. After all, science and psychology made a huge difference in the landmark case of Brown v. Board of Education.

One of the winning arguments against segregation made in this case rested on psychology. They argued that segregation had a lasting impact on the self-esteem and mental health of minority students.

This is backed by science. There’s no reason that scientists won’t be leading the charge when it comes to combating systemic racism and making real changes.

When you join Beta Kappa Chi, you’ll be participating in solidarity with other brilliant scientists and mathematicians that are going to make big changes in their field and the world.

As a science and mathematics honor society, collaboration is everything. Some of the greatest discoveries of our time occurred when talented minds collaborated.

Even the creation of Beta Kappa Chi itself was a collaboration between a mathematician, a chemist, and a biologist. These kinds of connections are invaluable in both the academic and professional worlds.

Being able to learn a little bit about other STEM fields will only make you a stronger candidate for your life’s work in a STEM field. But to actually launch your career in one of those STEM fields, you need connections.

Of course, qualifications and a stellar education are everything. There’s a reason that Beta Kappa Chi benefits include fostering premium scholarship at every level.

But when it comes to getting a job, you need connections. It’s a tough job market out there because there are so many avenues.

In the past, finding a job meant hearing about it through the newspaper, through word of mouth, or through knowing about the company beforehand. This drastically limited the competition.

Now, candidates from all over the world can apply for a position. That makes it hard to stand out in highly competitive fields where the world’s best minds are collected.

When you have a personal connection to a project, a college, or a research company, you have an opportunity to get a job faster. Personal recommendations go a long way.

The connections and friendships that you foster while you are a member of Beta Kappa Chi will last your entire life. Participating in this honor society during your college life can help set you up for success during the rest of your life.

Do you plan to go on to obtain a master’s degree or a Ph.D.? Membership to a highly esteemed honor society like Beta Kappa Chi can make a huge difference.

Participating in extracurriculars, volunteering, holding down a job, and getting a great GPA can all help you stand out, whether to future employers or future academic opportunities.

But membership in an esteemed honors society is shorthand for your successes. If you can make it into this STEM society, you’ll have evidence of all your academic achievements.

What are the Beta Kappa Chi requirements? For starters, you need to be a student that ranks in the upper fifth of your class.

You’ll also need to have completed a minimum of 64 semester hours, and seventeen of those need to be in one of the fields that’s recognized by Beta Kappa Chi.

Beta Kappa Chi requirements are a little different for graduate students. They need to complete fifteen semester hours in one of the majors that are recognized by Betta Kappa Chi. They need to maintain an A average for one-third of these semester hours, while a B average is acceptable for the other two-thirds.

Being able to maintain these kinds of grades means that you’re a high-performing, highly successful student, which really matters to colleges and future employers.

The support you receive through Beta Kappa Chi will also help you maintain these grades. Having study buddies, brainstorming partners, and a sense of accountability can make a huge difference.

Trying to get internships can feel like a chaotic rat race. There’s stiff competition for the best internships and scholarships. This is especially true in STEM, where everyone seems to be equally brilliant and hardworking.

Fortunately, being a part of Beta Kappa Chi can smooth your path. Members may be eligible for scholarships at various prestigious institutions, such as The Ph.D. Project, The Fund for American Studies, The Washington Center of Internships and Academic Seminars, the Washington Internship Institute, and more.

As mentioned above, the academic prestige associated with Beta Kappa Chi membership will smooth your path to many future endeavors. But with the above institutions, membership is even more important.

Often, you can find scholarships that are tailored toward members of honor societies. There’s a scholarship for every type of student, and sometimes your honor society membership is the one thing that qualifies you.

You can also find scholarships that are only open to certain chapters or societies. This will limit your competition, and make it even more likely that you’ll succeed.

In some circles, federal employment has gotten a bad rap. But some of the benefits still persist—a strong retirement package, benefits, reliable holidays off, and more.

When it comes to STEM fields, the federal government is a major employer of scientists and mathematicians. After all, there’s always room for more discoveries and inventions that the government can make use of.

Being a member of honor society, particularly a prestigious one like Beta Kappa Chi fulfills one entrance requirement for GS-7 positions in the federal government. Of course, applicants must meet all the other requirements within the job listing.

Membership in an honor society is a requirement for many technical and professional positions within the government. There’s no better place than Beta Kappa Chi to be able to fulfill this requirement.

When reading Beta Kappa Chi reviews, one primary theme stands out: opportunity. When in STEM, opportunity means everything. You can be one of the most brilliant scientists in the world.

But if you don’t have funding to conduct your experiments, or an audience to share your discoveries with, your impact could be limited. Starting to build your network, audience, and potential resources now is crucial to your career in a STEM field.

For instance, consider the National Institute of Science. Each year, they partner with Beta Kappa Chi for a national conference. This allows students to present projects, papers, theses, and so much more.

This event allows college students, high school students, scientific organizations, other colleges, community groups, and more to attend and see each other’s work. This is an opportunity to brainstorm with other great minds from across the nation, generate interest in your discoveries, and give you a chance to present your research paper at a national conference.

Being able to present on a national stage is something that many STEM students only dream of. When you partner with Betta Kappa Chi, the resulting connection can make your dream come true.

One of the main reasons that people go to college is to grow their minds. However, given the time that most people attend undergraduate programs, they are between the ages of 18 and 24.

This is a formative time in your life. These are the final years that your frontal lobe is developing when it comes to assessing mental maturity and brain development.

It’s also a pivotal time as students tend to step away from the insulating beliefs of their families and communities. Instead, college gives many young adults the chance to test out new ideas, faith traditions, lifestyles, and thought processes.

This type of self-examination doesn’t come often in someone’s life and the time period when it occurs for college students is exceptionally foundational. It can set the tone for the rest of their lives, which is a lot of weight to put on the shoulders of a budding college student.

That’s why honor societies can help. Beta Kappa Chi’s benefits can be found in their purpose.

The goal of this society is to mold leaders with high-quality minds and characters. This doesn’t happen by chance.

Instead, it happens with leaders who are invested in being mentors, stimulating interest in academics, and inspiring research, efficiency, and character-building. While this may sound like a tall order for an honors society, Beta Kappa Chi pulls it off.

With a focus on promoting excellence, academics aren’t the only priority. Having a solid mind and a strong character can make a difference when it comes to creating things and solving problems that will change the world.

If you’re interested in joining Beta Kappa Chi, there’s a place for you. When you’re trying to choose a mathematics and science honor society, there are so many choices.

After all, honor societies, sororities, and fraternities are all vying for your attention. How can you make a choice?

If you’re interested in getting a foothold at one of the best honor societies, check us out here!

What is Alpha Pi Mu Honor Society? What You Need To Know